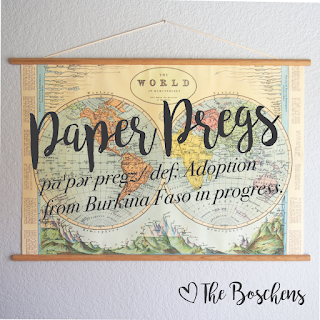 Well this little blog is dusty.  Let me clear out some cobwebs and get started...  I have had several ask for a little background into our adoption journey, so I thought this might be a great avenue to share.

While Chris and I were dating, we would dream and share about our future goals and dreams.  One of our biggest, most important desires, was to have a family.  We would discuss how many children we desired to have, the possibility of fostering some day, and the topic of adoption was discussed as well.

We dated, we were engaged, and then we were married.  We always knew we wanted a family and were elated to have our first little guy join us a little after our first wedding anniversary.  After having Henry, I had a stir in my heart to grow our family, but didn't know what that entailed.  I didn't feel as if I could/should adopt and so I let the desire sit.  Chris began to bring up adoption and the conversation would somewhat fall flat, never ending with a definitive, "this is what we are going to do".  Chris began to research countries to see if there was a great need and continually would refer back to Africa and Haiti.

A few months before Henry's birthday, I signed a contract with a local adoption agency to work as a contracted worker to complete home studies.  To say I was excited would be an understatement.  This was my passion, this was my jam.  Being directly involved with adoption, I was asked by my coworkers if we would ever adopt, and the answer would always be a maybe... followed by that same stir in my heart.

During my first few months at my new position, there was an international program that appeared to be thriving.  I began to ask questions which ultimately led to Chris and I deciding I should email our director to see if we might be considered for the program due to not meeting the marital requirement for the country.  We were ready.  I researched the country, we prayed, if she gave us the green light, we were all in.  A few days later I received a sweet, wise email stating that due to some uncertainty within the country at the time, it might be best to hold off.  Within a few weeks we quickly realized this was God's sovereignty and protection in action.  I found out I was pregnant, and the country began to put a holt on international adoption.

Nine months came and went quickly and little Tucker man joined our family.  We focused on our family of four and enjoyed the transition from one to two kiddos.  I told Chris I felt I was done having children and he agreed.  Conversations would still pop up about adoption, but life was busy, international adoption appeared to be slowing down everywhere, we didn't meet requirements for several countries, and we had two busy boys.

After Tucker turned one, adoption began to be a consistent part of conversation again.  I would ask my boss lady tons of questions and she encouraged me to look into China.  So, we did.  I had a file of all required documents for a home study gathered up, Chris was working on some financial statements, once again we were ready.  We had always said we would wait until Tucker turned 2 to begin the process.  This allowed us to meet the 5 year marriage requirement and, given the timeline of adoption and the age a child would be when they joined our family, we would most likely not disrupt birth order.

Around January 2016, I was tired of talking about adoption.  I shared this with Chris and we both agreed to just stop talking about it.  We agreed to pray separately about God's specific desire for our family and allow Him to work.

In early March a friend emailed me a David Platt sermon about adoption that had me crying my eyes out.  This sermon so blatently and beautifully spoke about adoption.  I forwarded the email onto Chris, asking him to watch and just informing him that any fear or hesitation I had was addressed through this sermon.

I'll be honest, during this gap of time when Chris and I stopped talking about adoption, I talked myself out of the whole thing.  We have two great kids, adoption is full of unknowns, adoption is complete selflessness... I was scared.  But,  Ephesians 1:3-11 just puts it all in prospective.  I pushed it down though.  It's funny how something I was once so open to, was now something I was willing to put up a fight about.

Shortly after I watched this sermon, I was out with a group of friends for dinner.  The conversation about kids was brought up and a friend jokingly said how lucky she and I were because we only have two kiddos we are accountable for.  The friend who sent me the sermon responded with, "What are you talking about?  They are adopting."  I quietly laughed and felt my stomach knot.

The next Friday morning I receive a text from a coworker who is also the director of our Burkina Faso program.  Her next text asked if Chris and I would like to apply for the program (along with some other information about the process).  I frantically called Chris and he said we of course would consider.  We went out for dinner that Saturday night to talk things over and he looked at me and said, "This is it, let's go for it."  Our application was submitted two days later and we are now officially in the adoption process.

We recently wrapped up all of our visits for our home study and pray that every document is accounted for so we can send in our dossier in mid June.  From there, we wait.  The time line we have been given is anywhere from two to three years and bringing home a little one from age three to five. We are excited, nervous, anxious, and over the moon about our little one already.  It has been amazing to sit down from time to time and reflect on how God has orchestrated this journey and we have full confidence that He is in control of the entire situation.

We are so excited to share more with you as time passes! 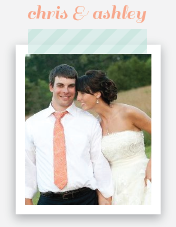 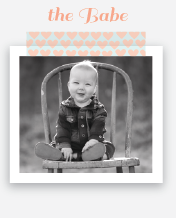